With cuts to pensions tax relief for high earners hitting wealthy investors in the pocket, many are reportedly turning to Individual Savings Accounts (ISAs) as a means of boosting their retirement coffers. Acumen explores how these tax-free savings accounts have now become attractive alternatives to pensions for high earners.

It’s fair to say that cash ISAs have suffered a nosedive in popularity over the last few years. Stagnant interest rates, and more attractive ones offered by current account providers, led some to predict the death knell of ISAs. However, last year’s advent of a newly expanded £20,000 annual ISA limit, and government cuts to pensions tax relief for high earners, have rekindled high earners’ love for the humble ISA once more. Of course, you don’t have to stick to cash ISAs. You can invest in much more than that, a wide range of funds can give you the prospect of much better returns if you are prepared to invest for the medium to longer term.

Since 2012, wealthier pension savers have seen their lifetime allowance slashed from £1.8 million to the current £1 million figure. For those same high income earners, every £2 of adjusted income above £150,000 will reduce their annual allowance by £1. The maximum reduction is £30,000, reducing the annual allowance to £10,000 for anyone with an adjusted income of £210,000 or above.

An estimated 364,000 people have been affected by the tapered annual allowance on pensions, based on data from the Office for National Statistics (ONS). This has led many who have ‘maxed out’ their pension allowance to turn to ISAs as an alternative means of boosting their retirement income – particularly since the annual ISA allowance rose from £15,240 to £20,000 this current tax year.

Alternatives to pensions for high earners

Around 131,000 workers in the UK are thought to earn more than £150,000 a year, according to the ONS. However, when property, dividends and other sources of income are accounted for, it is estimated that many more individuals will fall foul of the tapered annual allowance.

This has led to some industry experts predicting that the rising trend in ISA contributions will continue unabated for some time to come. According to Hargreaves Lansdown, regular ISA contributors (as opposed to annual, one-off savers) increased by 40% between January 2016 and November 2017.

So, it seems that high income pension savers are increasingly turning to ISAs as a means of topping up their regular pension contributions.

Angela Maher, Managing Director at Acumen, said: “Until very recently, high earners could comfortably put away £255,000 of annual pension contributions, towards an overall pot of £1.8 million. Now, these figures have been slashed dramatically; dropping to £40,000 of annual contributions and a £1 million maximum pot respectively.

“Is it any wonder then that higher earning pension savers have started to look elsewhere for alternative ways to save for retirement? The increase in the annual ISA allowance to £20,000 has proven to be fortuitously timed, allowing higher earners to access a viable alternative that enables them to maximise their savings in a legitimate and tax efficient manner,” Angela added.

If you’re worried about your pension allowance, or would like further advice on how to maximise your retirement prospects, speak to one of our expert financial advisers today. Call Acumen today on 0151 520 4353 or email us at [email protected] for further information or to arrange your free consultation meeting. 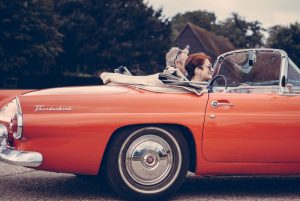