Financial planning for the self-employed

Yes, the number of people in the UK now turning their backs on traditional employment in favour of more flexibility and freedom totalled 4.8 million in 2017, according to the Office for National Statistics (ONS). What might surprise you, however, is that it’s workers at the beginning and end of their careers who are moving into self-employment at the greatest rate.

This entrepreneurial climate drove the unemployment rate down to 4.2% in the three months to May 2018, the joint lowest figure since 1975. Not only that, but the growing self-employment market has played a considerable role in boosting the growth in jobs after the recession, according to the ONS. 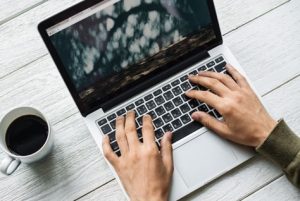 With so many self-made bosses now carving their own niche, what financial aspects should you consider if you’re planning to follow in their footsteps? Here are 5 essential areas of financial planning for self-employed workers and those of you thinking about taking the plunge.

Your first port of call should be to register with HMRC to pay class 2 and class 4 National Insurance contributions (NICs). You will pay class 2 NICs if your profits are upwards of £6,025 in 2017/18 or class 4 NICs if they exceed £8,164. Your payments will count towards your state pension. Bear in mind though that recent changes to the state pension require you to accrue 35 qualifying years of NICs to receive your full basic entitlement.

Plan to set aside savings each month to enable you to survive without income for three to six months should the need arise. As a self-employed worker you will be paid gross (before tax), therefore you should put aside a portion of your profits (20% on income up to £46,350) over the course of the year to ensure that you can pay your income tax and NICs come the time to carry out your self-assessment for HMRC.

As we reported recently, just 12% of self-employed workers in the UK are currently saving into a pension pot. As such, self-employed retirement plans, which map out how you will use your annual pension allowance (up to £40,000), are crucial. Your tax-free ISA annual allowance (£20,000 in 2017/18) is also a useful ally because you won’t need to declare any ISA interest, capital gains or income tax on your tax return.

Now that the success or failure of your business rests on your shoulders, you might want to consider income protection and critical illness cover. Income protection pays out a monthly income if you are unable to work because of sickness up to the age of 65, while critical illness cover pays out a lump sum if you are diagnosed with a specific illness. Both offer peace of mind.

HMRC’s Making Tax Digital (MTD) initiative goes live from 6 April 2019. The first businesses to affected will be VAT registered sole traders and partnerships, who will be expected to keep their records on a digital bookkeeping system. This will allow direct uploads of financial information on a quarterly basis, followed by a final year end upload to determine your tax position. The new rules will then be applied to limited companies and possibly non-VAT registered traders.

Here at Acumen, we offer comprehensive financial advice for self-employed workers. If you’d like more information about how we can support your journey into self-employment, or about any of our services and products, then please call 0151 520 4353, email [email protected] or visit www.acumenfinancial.co.uk.