Pensioners who fell prey to pension scammers lost an average of £91,000 in 2017, with the worst-hit victims losing up to £1 million. That’s according to the government’s multi-agency task force, Project Bloom, which was set up to tackle pension scams and is led by the National Crime Agency. Here, Acumen provides pensions scams guidance on how to protect your pension from fraudsters. 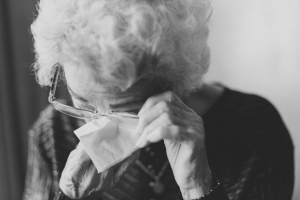 The sickening price of pension scams

Those figures make for painful reading. If, like us, you felt queasy reading those we have some practical pension scams advice to help you safeguard your hard-earned pension nest egg. At the time of these unfortunate events, it transpired that the victims were all cold-called with promises of free pension reviews and high rates of return. These are tell-tale warning signs of a scam.

In January 2019, it became a criminal offence for companies to make unwanted, unsolicited phone calls to anyone about their pensions. Any firms that flout the rules can now face fines of up to £500,000. Prior to this ban coming into effect, cold-calling was one of the main methods being used by scammers to commit their fraudulent activity. With this new crackdown, the Government is banking on the premise that the threat of hefty fines will be enough to deter all but the most ardent swindlers.

How to avoid pension scams

“Pension scams are despicable crimes, fleecing people of the retirement they’ve earned by doing the right thing, working hard and saving for the future. Banning pensions cold-calling will protect people from these callous crooks and ensure fraudsters feel the full force of the law,” said Guy Opperman, Minister for Pensions and Financial Inclusion, in a press statement from the Treasury.

“If you receive an unwanted call from an unknown caller about your pension, get as much information you can and report it to the Information Commissioner’s Office. I’d also urge all savers to seek independent advice if you’re thinking about making an important financial decision,” added John Glen, Economic Secretary to the Treasury.

Even with this added layer of legal recourse, pension savers are being warned to be wary of cold-calls. Figures from the Financial Conduct Authority (FCA) demonstrate a certain degree of over-confidence amongst those approaching pensionable age. Their findings showed that 52 per cent of 45-65 year olds with a pension thought they were unlikely be targeted by a pension scam. Their most common reason for this was that they believed they were too clued up to fall for a scam.

However, Angela Maher, Managing Director at Acumen Financial Partnership, believes that savers need to exercise a high degree of caution and scepticism. “The problem is there is a very high level of acceptance as many of these fraudsters are slick operators,” she told the FT Adviser. “You have to ask tough questions and do a lot of due diligence on what you are being offered.”

Angela and her advisers are quick to notify the regulator whenever they are alerted to the latest scam. “We try to leave no stone unturned and have a high hurdle of acceptance,” said Angela. “If it seems like a fun investment – holiday homes, wine, vintage cars – you cannot put it in your pension. Our advisers are on alert for our vulnerable clients, as should be the case with every other.”

Speak to an Acumen adviser today

If you receive a cold call about your pension, get any information you can, such as the company name or phone number, and report it to the Information Commissioner’s Office on 0303 123 1113. If you think you have lost money to fraud, report it to Action Fraud on 0300 123 2040 or via their website.

For further pensions advice, speak to one of our advisers today on 0151 520 4353 or email [email protected]