With the advent of a fresh new year, Acumen looks ahead to make a calculated economic forecast about what could unfold in 2019. Here, Jon Landy, Acumen Director, gives his financial predictions for the global economy, covering everything from the US stock market to the tumultuous conclusion of the Brexit saga. 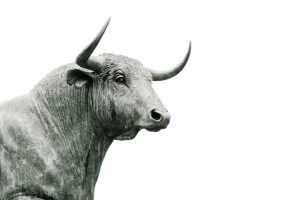 It’s official, the US stock market has made history with a bull market that now stretches beyond 10 years (albeit it with a few uncomfortable bumps along the way!). After year upon year of share prices going up are we now approaching the end of the current economic cycle? The drops in global stock markets over the past couple of months have certainly served as a keen reminder that investing is not all one-way traffic.

However, rather than moving from a bull to a bear market (a bear market is the industry term for a fall of 20% from previous highs), the recent corrections have represented around a 10% drop in share prices. The bear hopefully isn’t quite ready to pounce just yet!

We believe that a US recession is the most likely event that will tip the stock markets from bull to bear. Unless the US economy, which is still growing at a strong rate, suddenly and unexpectedly takes a rapid turn for the worse we see a relatively low probability of this happening in 2019. A lot will depend on US policy, which we will cover later, but we are quietly confident that the bears will lay low in 2019.

After a lot of rhetoric from central banks during the course of 2018 and a few interest rate rises, we don’t expect central banks will increase interest rates at an overly aggressive rate. Economic growth, whilst still strong, does appear to be slowing, which in our view will lead to rates rising at maybe a slower pace than anticipated. So, with a slightly deteriorating economic outlook, it is likely interest rates could go up but only by a few quarter percentage points.

Trade wars: are they here to stay?

We have seen a sharp increase in tensions between China and the US, with a trade war resulting in the introduction of heavy tariffs – mainly on goods entering the US. You can certainly sympathise with the US view that China unfairly takes all their good ideas, intellectual property, technology and then floods the US market with cheaper copies.

However, it also has to ensure that this doesn’t result in a sharp slowdown in global economic growth. The world needs the US and China to trade strongly, both with each other and the rest of us. With this in mind, and early signs of a slowing global economy, there is a good chance that we will see US and Chinese relations improving and a softening of the trade wars.

Brexit, it’s starting to get a bit boring!

Last year we said 2018 was going to be a year of Brexit uncertainty and I think we can all be sure that 2019 will be no different. So what will the outcome be? Well, let’s be honest, none of us has a clue what is going to happen. Least of all those who are tasked with sorting this mess out. Anyway, Angela and I thought we would stick our necks out on this one. I think we will have a second referendum and end up staying. Angela’s going for no second referendum and a soft Brexit. Place your bets!

For more information about Acumen, or any of our other high-quality products and services, please contact us today on 0151 520 4353 or email [email protected].