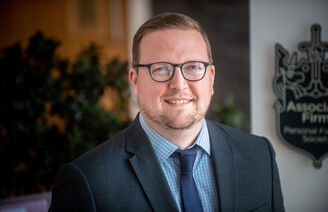 After graduating from Durham University in 2007 with a degree in Business Finance, I joined the NHS where I spent the first few years working in the Commissioning Department at the University Hospital of North Staffordshire. From this initial role I progressed to a position at Shrewsbury and Telford Hospital in the Contracts and Performance Department.

I particularly enjoyed the financial aspect of my role in the NHS but began to realise that I wanted a more people orientated career. When a friend mentioned that there was a vacancy for a Trainee Financial Adviser at Acumen Financial Partnership I leapt at the opportunity to apply.

I had to complete a very comprehensive 4-year training programme with Acumen. During which time, as well as academic study, I had the benefit of working for clients alongside my highly experienced colleagues. After passing all the compulsory exams, I was awarded my Diploma in Regulated Financial Planning and was appointed as an Independent Financial Adviser in 2016.

My role as a Financial Adviser has continued to be an incredibly rewarding experience. The best part of my job is working with my clients to identify their goals and to put plans in place to best achieve them. Being surrounded by such an enthusiastic and experienced team has made each day a pleasure to come into work and I certainly look forward to continuing for many years to come with Acumen.

Originally from Staffordshire, I now live in Burscough with my wife Jenny and daughter Aubree. As the years have progressed I have dedicated much of my time to our house, which needed quite a bit of work doing to it. However, now I have a baby daughter, I am very busy chasing after her instead. Where possible I go to the gym to keep my ‘dad-bod’ at bay and try to squeeze a run in here and there.